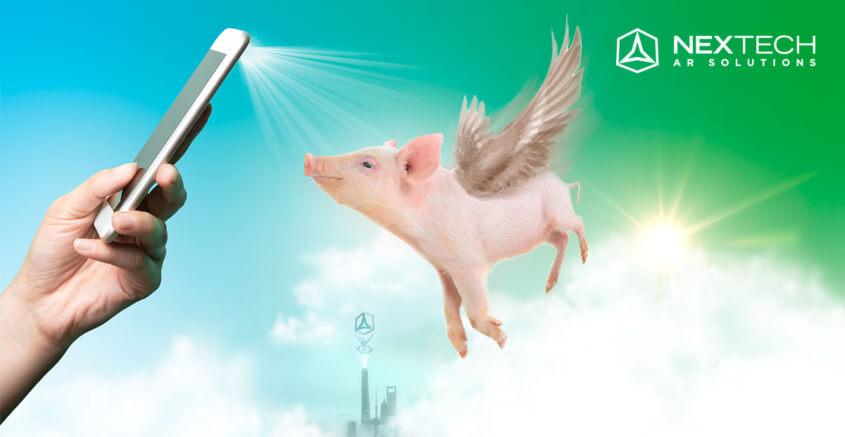 Not too long ago, augmented reality seemed like something from science fiction.

Of course, in the past decade, augmented reality has become, well, a reality.

Companies from a number of different industries have already discovered its benefits. More are sure to follow, which means, if you don’t already have an AR strategy in place, now is the time to start.

4 Reasons Every Brand Needs to Create an AR Strategy – Now!

With so many other priorities to chase, it may seem like an AR strategy is one that can wait. However, there are four very compelling reasons you should make it a major focus for your company.

1. Augmented Reality Makes Data More Accessible Than Ever Before

“The Age of Big Data” was a term first coined back in 2012 to describe the years that were to follow, when data accumulation would explode to unprecedented levels.

While far greater amounts have certainly been accumulated since then, the vast majority of companies have been at a loss as to what to do with it. In most cases, big data hasn’t led to big insights.

One reason for this may be that a two-dimensional approach is no longer sufficient for analyzing data that can so thoroughly describe a three-dimensional world.

As Professor Michael Porter explained in the Harvard Business Review, most data is trapped on two-dimensional pages and screens while the physical world is three-dimensional. The gulf between the real world and the digital world prevents people from completely exploiting the volumes of information currently available. Fortunately, augmented reality (AR) closes this gap through a set of technologies superimposing data and images on physical objects and environments.

Professor Porter goes on to explain that augmented reality allows people to put “information directly into the context in which we’ll apply it,” improving our ability to absorb and act on it.

Many companies have been aware of AR’s potential for quite some time. They have years of experience using this technology in their product development, manufacturing, marketing, training, service, and logistics.

A number of companies have even been founded on this technology. Just one example is AcuVein, a company whose technology leverages projection-based augmented reality to map a patient’s veins on their skin, making it easier for health professionals to find them.

However, more and more customers are becoming accustomed to AR, as well. Brands  like ourselves, that can provide them a three-dimensional method for understanding product info  will find themselves with an enviable competitive edge.

Of course, it’s also fair to say that a lot of the fanfare behind augmented reality is simply because customers enjoy using it. The technology is so new and unique that it benefits from a real novelty effect. In this regard, companies that create an augmented reality will enjoy greater engagement from their markets for no other reason than it’s “fun.”

This is no small advantage for the companies that wield it, though. Snapchat is the perfect example of what can happen when a company uses AR to engage its market. The company did very little to its actual offering other than add augmented-reality filters, but, even though their version is a very simplified one, the results speak for themselves.

Other companies have learned from Snapchat’s example (notably, rival, Facebook), but the social media giant isn’t resting on their laurels. In a leaked company memo, CEO Evan Spiegel confirmed that the future of Snapchat lies with augmented reality. They’re focused on three core building blocks of AR, namely: to understand the world via the Snapchat camera, to provide a platform of creators in building AR experiences, and to invest in future hardware in transcending the smartphone.

Clearly, their research shows that augmented reality is growing in popularity.

Retail companies have always implemented strategies that, among other things, focus on winning impulse buys. Everyone is familiar with the displays near points-of-sale that make it easy to quickly purchase one last item.

Ecommerce companies have done their best to adopt this approach. After all, the average U.S. consumer will spend $5,400 on impulse buys every single year.

Unfortunately, the vast majority of impulse purchases still happen in-store. One reason for this is that shopping online almost immediately puts the brakes on any impulse decision. There are always several steps that a customer must go through in order to complete their planned purchase, much less adding more items to their carts.

Augmented reality may be turning the tide, though. All the way back in 2014, Lacoste introduced an augmented reality app. Their “LCST Augmented Reality Retail Campaign” turned into a big win for the company as it allowed customers to “try on” Lacoste clothing via AR and then share the looks online.

Retailers may have an easier time with impulse buys, but they’ve struggled to adapt to the Amazon Effect.

This phenomenon describes how customers have come to expect an in-store experience that’s similar to what Amazon and other ecommerce stores offer. In short, they want engaging content without necessarily needing to speak with an employee.

As you can see from the video below, this is one of the many benefits that companies can enjoy in their physical locations by leveraging augmented reality.

Currently, one of the most popular ways retailers are trying to embrace the Amazon Effect is with digital signage, in-store digital displays with which customer can interact.

Augmented reality can provide many of the same – if not more – benefits without forcing companies to budget for the same kind of overhead.

Despite all the potential of augmented reality, creating a promising strategy doesn’t need to be some herculean task. As we covered above, even if all you do is use AR to offer a more engaging experience, your company could enjoy a banner year.

At NextTech AR Solutions Corp., we are making augmented reality a reality for companies of all sizes and across a number of different industries.

No matter what market you serve or how much of a budget you have to do it, contact us today and we’ll help you create a winning AR strategy. 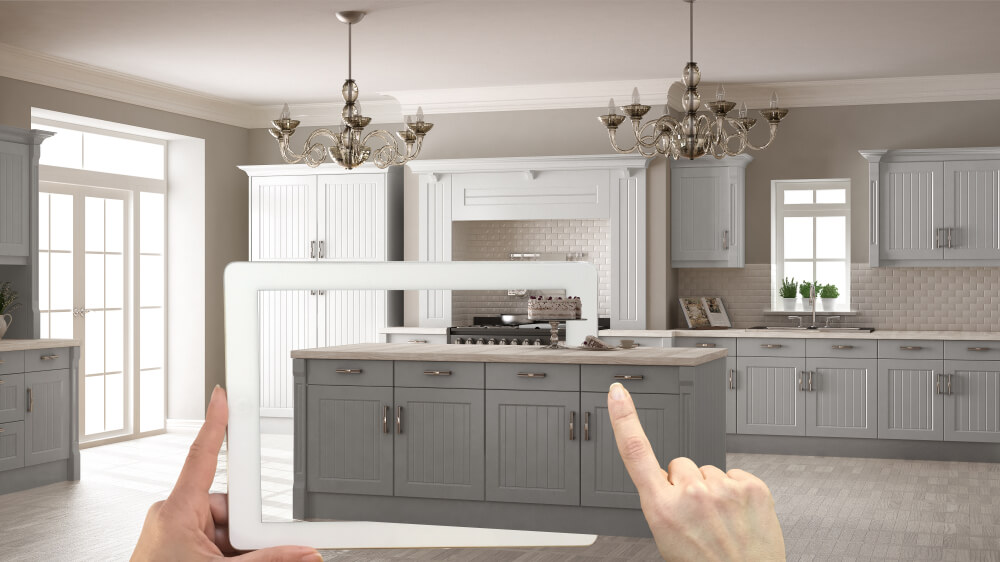