SESSIONS IS OUT AND CANNABIS STOCKS ARE RISING 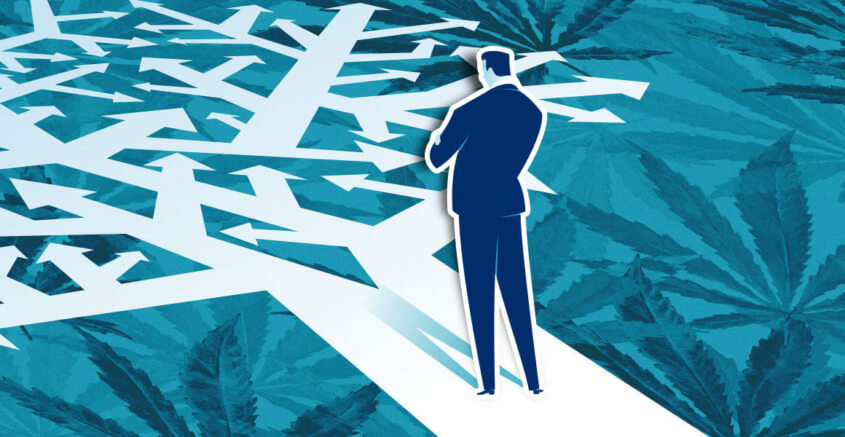 The cannabis industry has faced no shortage of challenges over the years.

However, without a doubt, the biggest one has always come from the government. Until countries like the U.S. – especially the U.S. – legalize marijuana, cannabis companies will always face obstacles that businesses in other industries never have to even think about.

While there are still plenty of other politicians who oppose legalization of marijuana at the federal level, this was a huge victory for the cannabis industry.

Jeff Sessions Was an Avid Critic of Marijuana Legalization

Jeff Sessions was notorious for his negative views on marijuana, which he once described as “dubious” – a bit of an understatement. For example, he once said, “good people don’t smoke marijuana.”

Last year, he even went so far as to rescind policies set by President Obama that essentially took marijuana off the list of drugs that federal agents would target. Not surprisingly, the news immediately sent cannabis-company stock prices plummeting.

So, it was understandable that cannabis companies collectively tensed up when President Trump named Sessions his Attorney General. It seemed at least possible that Sessions’ new role could lead to some reversals to all the progress that had been made in recent years by this burgeoning industry.

That’s why, as the L.A. Times so aptly put it, with Sessions out, the marijuana movement [exhaled].

While some have made the case that Sessions’ criticism actually helped the industry – by drumming up support among otherwise neutral parties – it seems clear that his resignation is a welcomed change. After his departure, cannabis companies’ stocks surged.

The Horizons Marijuana Life Sciences Index ETF and ETFMG Alternative Harvest ETF both hit new records increasing as much as 7.9% and 9.1%, respectively. Those massive jumps show just how much of a threat many in the industry viewed Jeff Sessions.

What Does This Mean for the Future of the Cannabis Industry?

Even though Sessions’ resignation was clearly good news for cannabis companies, what does it say about the future of the industry?

Obviously, no one knows for sure.

That said, he has voiced support for the STATES Act, a bipartisan bill that would exempt cannabis companies from the Controlled Substances Act, provided they were licensed by the state. Aside from ensuring they wouldn’t face legal consequences from federal authorities, this legislation would also free the industry from the current banking and tax issues that continue to plague it.

This support is consistent with sentiments President Trump had shared about leaving cannabis companies alone when he was on the campaign trail.

However, during that time, he also said he felt “strong” about not legalizing marijuana on a federal level, except for medicinal use.

As we near closer to the 2020 elections, will President Trump push for legalization in an effort to boost his chances of reelection?

The Writing Is on the Wall for Federal Legalization

It is hard to believe it would have to come to that, though.

The problem is an especially frustrating one seeing as how the writing is on the wall. Support for national legalization of marijuana has never been so high (no pun intended). 64% of Americans believe marijuana should be legalized, up more than 50% from just 10 years ago. 75% of Millennials are on board with the idea.

Even states like Oklahoma, which has a reputation for being one of the most conservative in the state, recently voted to legalize medicinal marijuana. The initiative passed with an impressive 57% of the votes.

Keep in mind that this is a state where, just 10 years ago, getting caught using cannabis in public could earn a prison sentence of up to a decade if it happened twice in 10 years.

Similarly, the people of Texas seem open to some degree of marijuana legalization, as well.

Recently, Utah and Missouri both legalized medicinal marijuana, while Michigan actually made it legal to use recreationally. That was yet another big outcome of the recent elections that the industry noticed and responded to with increased stock prices.

Sessions’ Resignation Isn’t the Only Force Behind Rising Cannabis Stocks

In what may actually be one of the most interesting developments, alcohol companies have increasingly shown interest in investing in cannabis companies. Back in August, news broke that Diageo plc (DEO), the brand behind Guinness beer, was in talks with at least three cannabis companies from Canada about working together on the potential for marijuana-infused drinks.

Around the same time, Constellation Brands Inc. – a Fortune 500 Company that makes beer, wine, and spirits – made headlines by investing $4 billion in Canopy Growth, a leader of the medical marijuana industry in Canada. This wasn’t their first time doing so, either. However, this newest investment brought their stake in Canopy Growth from 9.9% to 38%.

Finally, we’d like to think that the industry growing (again, no pun intended) around cannabis companies is another encouraging sign that full legalization is on the horizon.

Obviously, we’re a little biased, but the amount of technology, alone, that has been developed to help these businesses succeed is reason to be optimistic.

At NexTech AR Solutions, we’re doing our part by introducing augmented reality to the cannabis industry and have even been listed on the CSE and the Frankfurt stock exchange.

If you’d like to improve your cannabis company’s marketing and engagement capabilities, we’d love to show you what we can do. Contact us today and we’ll explain our suite of powerful services.